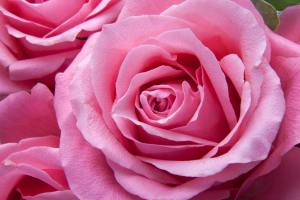 A celebration of life will be held at 11:00 AM on Saturday, October 12, 2019 in the Family Life Center of First Baptist Church of Morehead City officiated by Pastor Nate Leonard. Burial will follow at Bayview Cemetery in Morehead City.

Betty was born in the Promise Land of Morehead City on August 15, 1932 to Maurice Dozier Lewis and Julia G. Lewis. Betty grew up in a household where she had the privilege of not only living with her parents but also her Maternal grandparents and her Maternal Uncle.  She attended Morehead City High School until the 11th grade and although she did not graduate, later in life she went to Carteret Community College and received her GED the first time she took the test. Betty attended Franklin Memorial United Methodist Church growing up where she was a Sunday School teacher and sang in the choir.

Betty worked for many years as a cook and dietary helper at Carteret General Hospital and Harborview Nursing Home. Upon her retirement she enjoyed hanging out with her best friend, Nettie Bass.  You could always find them eating out at Pizza Inn or shopping at Belk. It was Ms. Nettie that introduced her to First Baptist Church where she later became a member. Betty was famous for her sweet potato pies and her pineapple coconut cake.  She was known by many names by her grandkids, Grandma, G, GiGi, MeMaw, Granny Betty and Honey, just to name a few.

The family will receive friends from 6:00 PM - 8:00 PM on Friday, October 11, 2019 in the Family Life Center of First Baptist Church in Morehead City.

Flowers are welcome, or donations can be made to the youth program at The First Baptist Church, 810 Bridges St., Morehead City, NC  28557.

Electronic condolences and life tributes may be sent to the family at http://www.noefs.org.