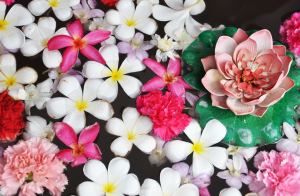 Ethel Smith Hamilton, formerly of New Bern, met Julian Hamilton, Jr at a dance in Harlow, NC. Immediately, they fell in love. When she graduated from nursing school, the happy couple announced their marriage. They were married 47 incredible years until Julian’s passing. Mrs. Hamilton wore her wedding band until her passing. She was a devoted wife and caring mother. She practiced her nursing career until she gave it up to become a full-time mother and wife. She never looked back. Her kitchen table was always open to anyone that needed a hot meal or some extra loving and tender care.

“Miss” Ethel as known by the children at First Baptist Church, Beaufort, was a mission and Sunday School leader. Over the years, she taught Sunbeams, GA’s, Acteens, children’s Sunday School, and Baptist Women. She not only taught missions but lived missions by her life. One of her last requests were for others to come to know Christ as their personal Savior. Her final legible words as heard by one of her sons in her waning days were, “Jesus, Jesus Jesus!”

A memorial service will be held at 5:00 PM Friday, October 11 at First Baptist Church of Beaufort with Dr. Keith T. Hamilton officiating.  Burial will follow at Ocean View Cemetery in Beaufort.

Preceded in death by her husband, Julian Hamilton Jr.