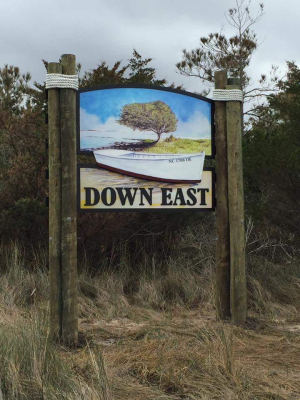 Guion James Garner Jr., 73, of Davis passed away on Sunday, September 15, 2019 at Carteret Health Care surrounded by family and friends at age 73.

Guion is predeceased by his mother and father, Iona Blanche Willis and Guion James Garner.

Guion is survived by his loving wife of 13 years, Sharon Garner. They were married on April 19, 2006. Guion will also be lovingly remembered by his children, Gail; Melissa; Michael; and Greta; sons-in-law, Paul; and Bill; daughter-in-law, Pamela; and grandchildren, Jacob; Brandon; and Symphony.

Guion was born in Morehead City, North Carolina on March 23, 1946 and would remain in Davis, North Carolina for the duration of his life. Those who knew him would say that he was witty, generous, and had a contagious laugh that will never be forgotten. Guion grew up in a close-knit family with a love of the ocean, fishing, and the piano from a very young age.

During his career, Guion served honorably in the United States Air Force and attended Craven Community College.  Later in life, he enjoyed being a self-employed landscaper. Guion was very knowledgeable and was particularly fond of crossword puzzles; and often used newly discovered words he had learned. Though Guion relished words, there are no words large enough to measure or to describe what he meant to his family and those that appreciated him. Guion’s generosity and caring for others is seldom matched; often putting others before himself. Guion’s good nature will be remembered and cherished by those who were blessed to know him.

You have always served as our guardian angel through life’s obstacles and with whatever mother nature could dish out. We know that you will continue to walk with us and watch over us. Rest in peace. You are now among the angels and can dazzle those around you with your good nature and musical talents.

A Memorial Services will be held at 2:00 PM on Thursday at Island Road Baptist Church, 836 Harkers Island Road, Beaufort, NC 28516.  A private burial will take place where we thought it would only be appropriate, “The Fishermen’s Cemetery” aka Ocean View Cemetery.

In lieu of flowers, memorial donations can be made in memory of Guion Garner at www.copdfoundation.org.

Your browser does not support this video format. You should be able to view it in Chrome, Safari or Internet Explorer.