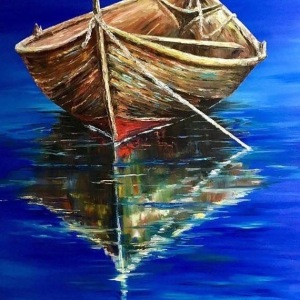 Justin James Williams 39, of Beaufort passed away unexpectedly at home on Saturday, September 21, 2019.

Justin was born on March 24, 1980, in Westchester County, New York.  He taught himself to fish at age 5, and would often fish multiple rods in any size body of water, including puddles.  In 1992, Justin and his family moved to Beaufort, NC where he refined his fishing skills in the waters of Carteret County. Justin reluctantly attended East Carteret High School where he sat in class and thought about fishing. Justin recently purchased his dream fishing boat, and planned many future fishing trips with his mother and brother.

A memorial service will be held at 11:00 AM on Saturday, September 28, 2019 at One Harbor Church in Morehead City.

In lieu of flowers, memorial contributions in Justin’s name can be given to Noe Funeral Service and will be accepted at the memorial service.