Share a memory
Obituary & Services
Tribute Wall
Read more about the life story of David and share your memory.

He was preceded in death by his parents, David and Ovella Felton; son, Frankie Felton and wife, Esther. 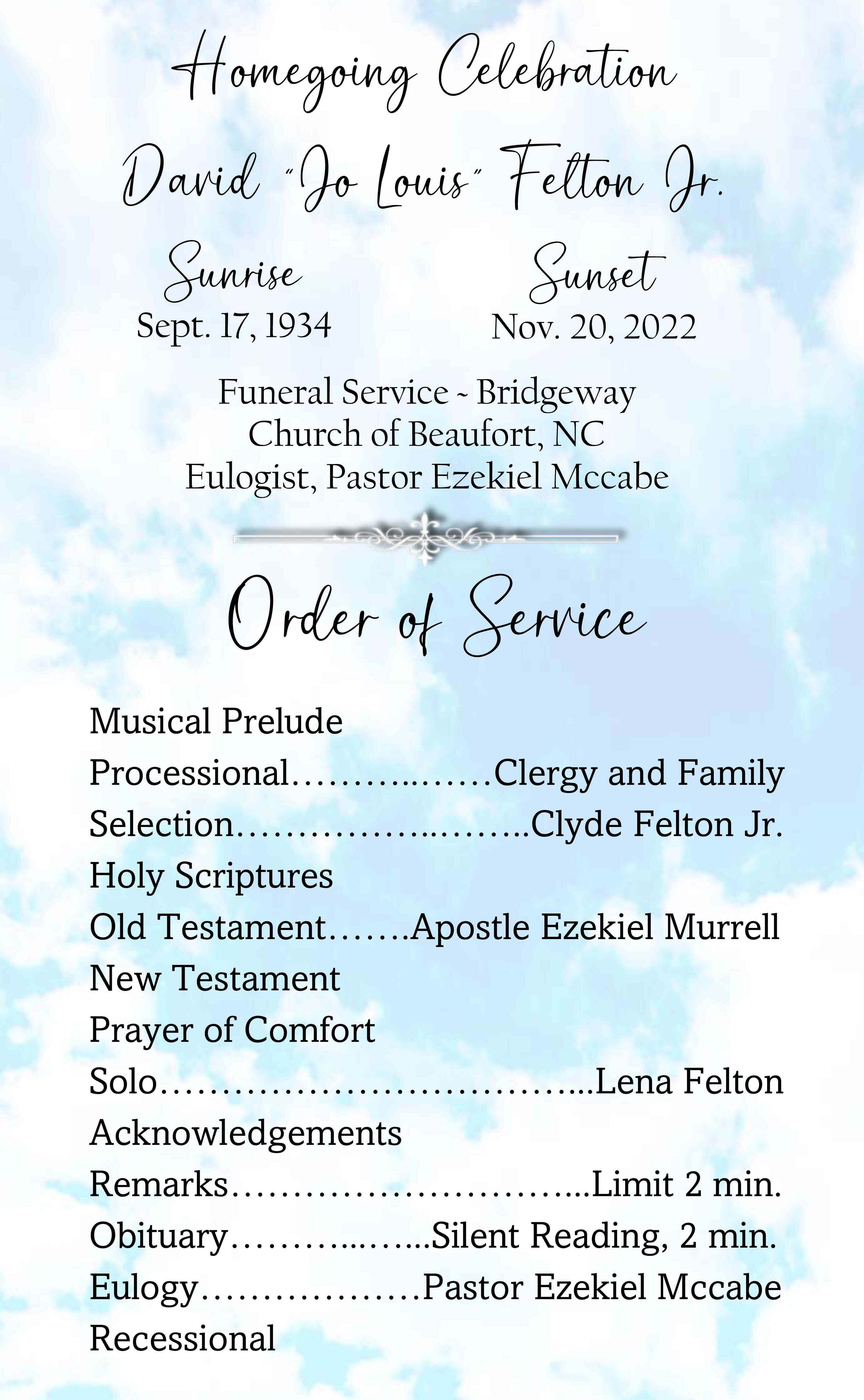