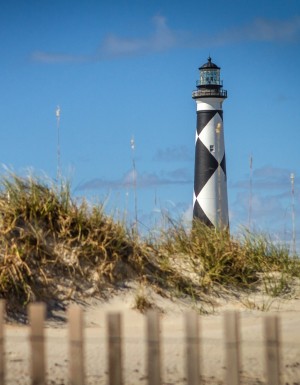 ​CLAMMERHEAD, born as David Arland Cessna, 61, of Smyrna, passed away peacefully on Monday, August 9, 2021, at the Crystal Coast Hospice House in Newport, NC. ​

The family will celebrate his life privately, at a later date.

​Clammerhead was born to Mary Louise Styron Cessna and Charles Arland “Chuck” Cessna, August 1, 1960, in Jacksonville, FL. ​He was raised on the waters in and around Beaufort, NC. He started fishing for clams and oysters, as well as channel net shrimping and hauling mullet nets at the ripe young age of five-years, mentored by his grandfather, Captain Fairley F. Styron. This never left his blood. He worked on many boats in Carteret County, as well as much of the southeastern United States. ​Clammerhead was an accomplished and sought after carpenter, as well. ​

Clammerhead partnered with UNC-Institute of Marine Science (IMS), scientist, Niels Lindquist, in 2016, to form Sandbar Oyster Company. While their product, Oyster Catcher, was created to allow oyster spat to attach to a biodegradable product and replenish the failing oyster industry, Sandbar’s creation has been used in numerous locations in the southeastern US as both water cleansing and shoreline restoration product. Sandbar also helped influence the Green Gill Oyster market in the US, accommodating South Beach, Miami, and parts of New England as well. He was passionate about rebuilding the shellfish industry, water cleansing, and shoreline restoration. ​Clammerhead also liked the fame of his new nicknames, ‘Oyster Pimp’ and ‘Spat Daddy’. ​

He is survived by three sons; Fairley Cessna, of the home, David Cessna Jr., and Dustin Cessna (Melanie) both of Morehead City, and daughter, Marissa Wescott. ​He is also survived by his mother, Louise Jones of Maryville, TN; sisters, Darby Knable (Chris), also of Maryville, Debbie Williams (Kenny) and Dorrie Nicholson (Duffy), all of Beaufort, and Jessie Mae Cessna Apel of Midway, GA; and Fairley's mother, Christina Wescott. ​“Clam-pa” is also survived by granddaughters Averie and Sadie, and grandson, Brady Cessna. Also surviving are his favorite niece and nephew, Deanna Cessna Waddell and Derek Gray Nicholson; two great-nephews, Hayden and Maddox Waddell, and great-niece Evie Eliza Nicholson. ​He will be missed terribly by his dogs, Logan and Nikki Lynne, as well. ​He was preceded in death by his grandparents, Capt. Fairley and Mary Jane Guthrie Styron; father, Chuck Cessna and step-father, Ronnie Smith. ​The family wishes to say a special thank you to Carteret Health Care’s 2nd Medical, the Raab Clinic, the staff of the Crystal Coast Hospice House, and pastor Charles Tyler, during this time. ​The family especially wants to thank Kenny Williams for his Everlasting Support and Love shown to Clammerhead and his family, through the years.

​In lieu of flowers, donations can be made to the Raab Clinic, or Crystal Coast Hospice House.

A service summary is not available