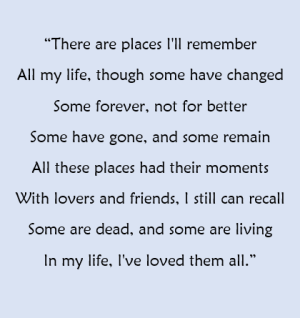 Don E Gould, 70, of Beaufort, NC, passed away after an interesting and happy life on December 17, 2020. He passed away at home, surrounded by his family, listening to his favorite songs and the gentle sound of his chimes. The family will celebrate his life with a private ceremony at sea later this year.

Don was born on 25 July 1950 in Lansing Michigan, the eldest of four children. At 18, Don joined the Navy during the Vietnam war as a Corpsman. He was extremely proud of his service, as his father served in World War II in the Pacific Fleet and later, his daughter graduated from the Naval War College.

Don lived, fished, and camped among the mountains of Montana and Washington state; before returning to Michigan in the late 1970s to live on his parent’s farm, attend college, and to raise sheep. He moved to North Carolina 35 years ago and considered it his adopted home state. He enjoyed a long and successful career in the medical field as an Associate Director of clinical trials on important medicines for cardiovascular and metabolic diseases.

Don was a happy man and a doting husband to his wife. He and Elizabeth often refer to each other as “best friend”. He was a devoted and caring father who loved and supported his children with wisdom and a witty joke. Don loved motorcycles and cars his entire life - he loved to maintain them, and go to car shows. He loved all his pets and was naturally caring towards animals and once considered becoming a veterinarian.

He was a special man, loved by his family and friends. He was full of love, good humor, loved being so close to the water in Beaufort. He was happy here, surrounded by friends and visited by his children and stepchildren. You could often find him sitting on his back porch, listening to the breeze blowing through the live oaks and the sound of his chimes. If not on his porch, he could be found on the Beaufort waterfront with his girl Elizabeth, a cold beer or frozen drink in his hand, and a smile on his face.

He is survived by his wife of over twenty years, Elizabeth; his two children from a previous marriage and their spouses, Dara and Jonathan Massicot, Troy and Sarah Gould; two stepdaughters, Kate and Laura Kennedy; his grandson, George Massicot and granddaughter, Cora Gould. He also leaves behind his aunt and uncle, Cherie and Leon Everett; his sister, Susie Chatterton and her husband Mike, his sister, Sandy Hill and her husband John, brother in law, Steve Hanson, and many nieces and nephews.

In lieu of flowers, memorial gift’s in Don’s name can be made to the Broad Street Clinic  https://www.broadstreetclinic.org/donate  Or 3HC Hospice.  http://www.3hc.org/donate/