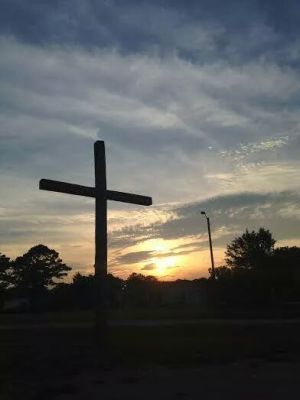 George R. Laughton Jr., 91, of Beaufort, went to be with The Lord, surrounded by his family on Thursday, September 24, 2020 at Vidant Medical Center in Greenville.

George was a graduate of Wake Forest College and received a Masters Degree in Education from UNC at Chapel Hill.

George was a Korean War veteran having served in the US Army.  He was a lifelong member of First Baptist Church of Beaufort where he served as a Deacon and Sunday School teacher for over 60 years. He also served numerous terms as Chairman of Deacons and was very active in the Five Loaves Ministry.  He retired as General Manager of Huntley’s Building Supply of Beaufort after 42 years of service.

A funeral service will be held at 3:00 PM on Sunday, October 4, 2020 at First Baptist Church of Beaufort with Pastors Don Hadley and David Phelps officiating.  Burial will follow at Bayview Cemetery in Morehead City. Due to Covid-19, space will be limited as social distancing and masks will be required at the service. The Funeral Service will be live-streamed on the Noe Funeral Service Facebook page found at this link: https://fb.me/e/3BPouBLIY

He was preceded in death by his parents, George and Mamie Laughton; and his three sisters, Faye Paul Cherry, Anna Lou Haskins, and Shelba Spivey.

In lieu of flowers donations may be made to First Baptist Church, 403 Ann St., Beaufort, NC 28516 or on-Line at:fbcbeaufort.org/online-giving

Video is available for this event