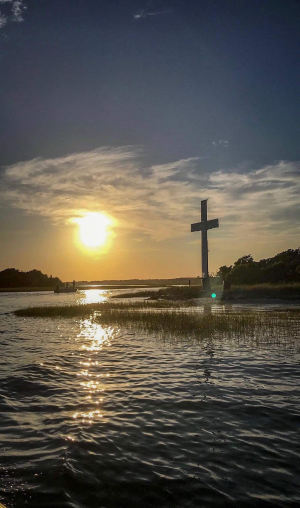 A graveside service will be held at 1:00 pm on Sunday, November 14, 2021 at Over the Brook Cemetery in Atlantic.

Hughie grew up in Atlantic and from a young boy, had a great love for the water. Commercial fishing was his first job before he began his 34 year career at Cherry Point. His job in civil service quickly became his 2nd passion.

Hughie never met a stranger and will be fondly remembered by his friends and family for his gift of storytelling, as well as his unique ability to tell jokes and even laugh at his own from time to time. He was a generous and loving man in his community and will be forever missed by many.

He is survived by his wife of 60 years, Mary Anna Styron of Atlantic; two daughters, Letitia Styron and Lisa Lomont of Wilmington; and his grand dog, Sassy; brother, Bruce Styron and wife, Pam of Morehead City; two sisters, Esther Merrell and husband, Wayne of Beaufort; Eukie Lawrence and husband Mitchell of Beaufort. He was preceded in death by his parents, Hugh and Thelma Styron and his mother in law and father in law, Henry and Ulva Styron.

In lieu of flowers donations may be made to:  St. Jude Hospital.