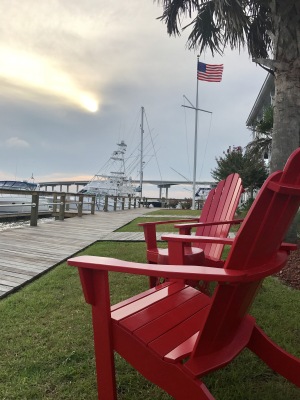 John was born in Raleigh, NC on February 1, 1931 to John Nelson Duncan and Dorothy Sloan Allen Duncan. John was a 1949 graduate of Broughton High School in Raleigh, where he was co-captain of Broughton’s 1949 undefeated basketball team. He graduated from Duke University in 1953. After graduation, he joined the Army and served in Korea and Japan. In addition to his parents, John was preceded in death by his wife of 59 years, Jean Leigh Cash Duncan, and their daughter, Jean Leigh Duncan.

John worked for Great America Insurance Company from 1957 to 1964 in Raleigh, New York, Winston-Salem, and Richmond. He joined Moore & Johnson Insurance Agency in Raleigh in 1964 as a partner and worked there until his retirement in 1992. He and Jean retired to Beaufort, N.C. in 1995.

A memorial service will be held at 4:00 pm on Saturday April, 30, 2022 at Ann Street United Methodist Church in Beaufort N.C. The family will receive friends in the Eure Building after the service.

In lieu of flowers, donations can be made to one of the following organizations: