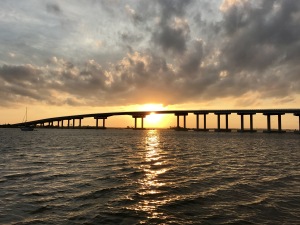 The family will receive friends from 6:00 to 7:00 pm on Friday, November 19, 2021 at Bridgeway Church in Beaufort. He will be laid to rest privately at Carteret Memorial Gardens.

Terry was born on September 12th, 1948 in Morehead City, NC.  Terry grew up in Beaufort, NC and attended the old Beaufort School.  Terry worked in Heating and Air Conditioning for over 30 years between Wade & Lewis, Coastline and Crystal Coast Heating & Air.  Terry’s joys in life consisted of fishing, woodworking and anything else that consisted of using his hands.  Terry was no stranger to hard work and keeping busy.  Even after retirement, He continued to keep busy and regularly helped his family, friends and neighbors.  Terry loved and was loved by all of his family and friends no matter the tribulations and trials of life.  Terry was a kind, caring and compassionate soul who would help others in any way that he could, never asking for anything in return.

In lieu of flowers, memorial contributions may be made at https://www.gofundme.com/f/terry-lawrence-memorial-fund